You are at:Home»Directory»Ingredients»Category: "Ingredients" (Page 6) 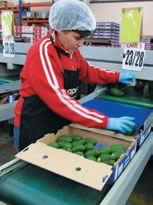 The 2011 avocado season has started for New Zealand’s largest avocado post-harvest operator, Apata Limited, with its first trays of class 1 Hass avocados now packed and ready for export to Australia.

Apata national avocado manager Therese Temple says she is looking forward to this season’s harvest and Apata’s capacity and expertise to pack the bumper crop means it will run smoothly.

“Because we have the best harvesting operating systems and technology in the country to manage avocados with, we will be busy but not overwhelmed. This year is an early start and has the added advantage of being able to supply Australia first up, as well as the US and Japan,” says Therese. “Looking back over historic dry matter results allows Apata to have a line up of fruit available to meet the flow plan requirements of our marketers, Primor.

“We have two sites dedicated to avocados – one in the Bay of Plenty, the other in Whangarei. We are expecting to pack 500 bins in the first week, increasing to as high as 1,400 bins within a few weeks, and we will pack more than 1,000 bins of avocados per week for the remainder of the season. We are talking about huge volumes. These bin numbers equate to just over one million trays of export fruit for the season, which is massive and will be cause for celebration.”

The Avocado Industry Council has predicted that approximately 5.7 million trays of avocado will be picked and packed this season. Primor will export one-third of the avocado market share.

If it moves, tax it

Fears that many fruit and vegetable growers would be knocked out of business by a proposed irrigation tax are being expressed by Horticulture NZ. The Green Party’s recently-announced ‘clean rivers’ policy includes a plan to charge irrigated water users 10 cents for every 1,000 litres.

The Greens claim this would raise up to $570 million a year which they would spend on river and lake protection.“Water is the life blood of this country’s $5.5 billion horticulture industry, an employer of 50,000 people,” says HortNZ chief executive Peter Silcock. “This would be a major setback for the industry’s goal of achieving $10 billion in sales by 2020.“An irrigator tax will encourage fruit and vegetable growers to look at more profitable uses for their land which in the current environment is likely to be dairy conversions.”

An announcement last month by NIWA indicated that this could exacerbate the problem of water pollution.

It quoted an OECD report describing New Zealand’s water quality as “good” compared to that of most OECD countries but also warning that it is deteriorating.

Paris-based Dr Kevin Parris of the OECD’s Trade and Agriculture Directorate had told a DIPCON conference at Rotorua: “We look at all the nitrogen and phosphorus going into the system, mainly from livestock manure and fertilisers and calculate how much nutrients are used to grow crops and pasture.

“In most situations there is a surplus of nutrients to crop and pasture requirements.”

This puts stress on the environment, which includes the air and soil as well as water.

The worst-ranked OECD country was the Netherlands with a surplus of more than 200 kg per hectare.

“They have a lot of cows and not much land,” explained Dr Parris.

The agricultural expansion, he added, will have a time-bomb effect because nitrogen and phosphorus can sit in soil a long time before appearing in water.

“Because of these time lags, in some catchments we won’t necessarily see the effects of current farming practices for another 30 to 40 years,” he said. After warning that the proposed water tax would destroy many fruit and vegetable businesses – and tempt a number of growers into switching to dairy – Peter Silcock of HortNZ said: “Growers do not have the luxury of being able to pass on their costs to consumers and the Greens are well aware of that.

“To get effective change we need to reward good behavior and penalise poor behavior rather than taxing everyone regardless of their performance.

“Ten cents may not sound like a lot but it is very significant. For most growers it will run into tens of thousands of dollars per year.”

The spice of life

The study involved an identical serving of chicken curry, Italian herb bread and cinnamon biscuit being eaten on two separate days by six men aged between 30 and 65 who were overweight but otherwise healthy. The test meals included two tablespoons of culinary spices, the control meal was the same but without the spices and blood was drawn from participants every half-hour for three hours.

As reported in The Journal of Nutrition, researchers found antioxidant activity in the blood was increased by 13percent and insulin response decreased by about 20percent when the meal contained a blend of antioxidant spices.

Furthermore, the level of triglycerides – a type of fat in the blood naturally generated in response to eating high-fat meals – reduced by about 30percent in comparison to eating a similar meal with no spices added.

Why the big secret? 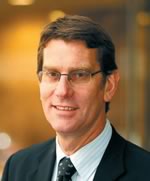 New Zealand’s fruit and vegetable growers are thankful at least one political party has the good sense to put a call for mandatory country of origin labelling (MCoOL) on their political agenda for this election.

The Green Party should be congratulated for continuing to put this issue out on the table. We are equally disappointed to note that neither of the two major political parties can be bothered with it.

There are few issues that unite Kiwi food producers and food consumers as strongly as the need for mandatory country of origin labelling.

HortNZ has been campaigning for the introduction of mandatory MCoOL for more than six years. We are a grower-funded association and believe Kiwis want the right to know where their food comes from.

Both the major parties would have us believe we can’t have mandatory MCoOL’ because it is a trade barrier.

HortNZ would really like to hear both parties explain how this can be the case, when 99 percent of the countries we trade with already have MCoOL, and we have it on clothing, shoes, wine and whiteware.

In 2006, about $580 million, just over a quarter of the total of imported food, was fresh or processed fruit and vegetable product. By 2010 that figure was just over $700 million.

This means New Zealand fruit and vegetable growers have had to compete with increased competition from an extra $120 million worth of product on their doorstep, in the last four years.

Back in 2006 it was the figures from China that made the most startling reading, as they were trending upwards very quickly, in fact had doubled in three years from 2003.

Four years on, the figures seem to indicate now that more product, particularly processed fruit and vegetables, is coming in to this country from a wider range of countries.

By ‘processed’ we mean any food sold in a can or a bag.

This means New Zealand food manufacturers and processors are shopping around the world for cheaper products, but are still charging much the same prices to Kiwi shoppers.

At the same time, they are reducing their requirements for locally grown product, which means growers will stop growing it.

I just can’t understand why successive governments have protected my right to know where my shoes come from, but have refused to require food sellers to tell me where my food comes from.

The rise and rise of New Zealand ingredients 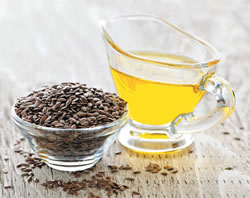 New Zealand’s growing reputation as a gourmet destination is due to a lot more than a reputation for quality food and beverage.

A growing awareness of organics, food origin and healthy choices is driving a move towards locally-produced goods, and today there is less focus on prolific production and more on quality, refinement and originality.

The tourist brochures will tell you it’s a “ fusion of unique, quality produce and ethnic influences that have allowed the Kiwi food identity to evolve.”

However you brand it, the new New Zealand eating experience is typified by the growing prevalence of indigenous foods on restaurant menus and traditional M?ori cuisine and ingredients.

Prior to the arrival of the Europeans, Maori food or kai was always based around the land.

Maori llived on birds and fish cooked with wild herbs and roots.

Here is a description of the more popular ingredients provided by the New zealand Tourist Board:

Cold pressed flaxseed oil made from the native New Zealand flax is an unrefined oil, nothing is added or removed. Flaxseed oil is a vegetarian source of Omega 3 and six essential fatty acids, Omega 9 antioxidants and vitamins.

Horopito, often referred to as the New Zealand pepper tree, can be used to replace conventional pepper in cooked dishes. There are three varieties of horopito. Horopito leaves are green with red speckles.The spicy citrus flavour has a sweet apple fragrance.

Kawakawa trees are mostly found in coastal areas of New Zealand in damp bush. The heart shaped leaves are dried, ground and then used to season, adding a rich ripened forest aroma with a light minted flavour.

Korengo is seaweed which is either used in its raw state, or dried and used to season various dishes.

Koura are fresh water crayfish closer in size to a king prawn than lobster.

Kowhitiwhiti or watercress grows on the edge of fresh water rivers and creeks around New Zealand. Eaten raw or cooked, it has a mild mustard flavour and is used as an alternative to puha.

Kumara originated in the Pacific Islands, and arrived in New Zealand with early Maori settlers over 1000 years ago. Known elsewhere as sweet potato, New Zealand kumara grows in the semi-tropical regions of the North Island. It is available in red, gold or orange varieties.

Manuka was named ‘tea tree’ by Captain James Cook and English botanist Joseph Banks when they found it in Mercury Bay in 1769. Manuka wood chips can be used to add flavour when smoking food, but it is best known as the source of manuka honey which is used to produce a growing list of products with outstanding medicinal and antiseptic properties.

Most of the wild fern varieties that grow in damp shady areas of New Zealand’s native bush are carcinogenic – of 312 different varieties, only seven varieties are edible. The edible fern fronds, known as bush asparagus, are pale green with brown speckles. Picked before the leaves unfold, the fronds add a unique ‘forest’ flavour to dishes.

Puha, also known as sow thistle, is a green-dark green plant often found growing as a weed. The stem contains a milky coloured sap. Eaten raw, the stem and leaves have a bitter taste. Cooking does not remove the bitterness but it can be reduced by rubbing the puha plants together (vigorously) under running water. Puha is traditionally served cooked with pork.

Contemporary New Zealand chefs like Peter Gordon have taken New Zealand food to a new level by creating fusion cuisine – combining the best local ingredients with a new approach to cooking that is heavily influenced by Pacific Rim culture.

New Zealand’s gastronomic reputation and fusion cuisine are now synonymous, and many Kiwi chefs’ innovative ideas have been exported throughout the world.

There are also a number of food icons recognised the world over – Zespri Gold kiwifruit and tamarillos; green lipped mussels, paua and orange roughey fish are hot seafood favourites.

Produced with additional material sourced from government sites including the New Zealand Tourist Board.