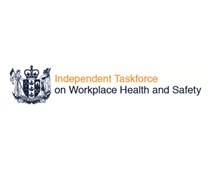 The taskforce established to make recommendations on how to improve New Zealand’s workplace health and safety performance has released its scheduled public meetings, Hui and Fono.

Independent Taskforce on Workplace Health and Safety chairman Rob Jager says the Taskforce was committed to hearing from as many New Zealanders as possible as it worked to fully understand the impact of the issues contributing to workplace harm.

“The Taskforce is committed to an open, accessible and transparent consultation process,” says Mr Jager.

“As well as public consultation meetings we are also holding a series of Hui and Fono around the country to hear from all those with an interest in reducing the horrific impact of workplace deaths and injuries,” he says.

New Zealand’s workplace injury rates are approximately six times that of the UK and about twice that of Australiawhich, says Mr Jager, is simply not acceptable.

“Workplace injuries are not an isolated issue – they affect everyone – and occur as a result of a combination of many things including changing workplace practices and environments, regulatory ‘fitness’ and perhaps even our own culture.

“So we know we have a challenging task in front of us and understand we need input from as many individuals and organisations as possible so that our recommendations to government are practical, deliverable and sharply focused on reducing harm in the workplace,” says Mr Jager.

Public meetings will be held throughout the country and begin on October 9th. The full meeting schedule is given below and is also available of the Taskforce’s website – www.hstaskforce.govt.nz