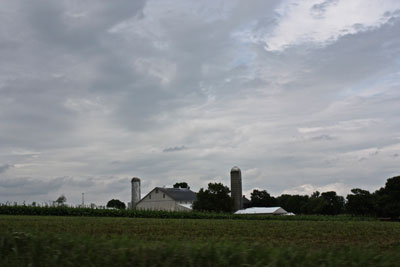 Moulds and mycotoxins dominated headlines last year as the ever-present threat showed up in feed bunks and silage piles in the aftermath of the 2012 drought in Australia and the floods in the Philippines or South China. While warnings were continuously issued on contaminated grains, many livestock producers were left with little information on the actual risks associated with these toxins on their own farms.With this dilemma in mind and a goal to bring the latest mycotoxin research applications to the farm level, Alltech announces the launch of their five-point Alltech Mycotoxin Management Programme. This multiple-mycotoxin control program for feedstuffs is designed to reduce risk and improve safety, while ensuring that mycotoxins do not limit livestock performance and profitability, or pose a threat to the food chain.

Alltech formed a global mycotoxin management team more than a year ago to focus on developing tools to diagnose mycotoxin risk more accurately, to create a network of mycotoxin consultants and researchers around the world and to develop technologies to manage the menace of multiple mycotoxins. This five-point approach encompasses all of the company’s efforts to redefine mycotoxin control and no longer address single mycotoxin issues but mycotoxin synergy problems.

“For three decades, we have believed that animal feed seldom contains a single mycotoxin. Although many mycotoxin interactions have been proven in academic settings, it has been difficult to understand such interactions due to the lack of extensive mycotoxin testing,” says Dr. Nattawadee Jantasila, researcher, Alltech Asia-Pacific. “Over the last four years, our scientists have developed the 37+ Programme, wherein more than 37 mycotoxins can be quantified in a single run. This programme involves the application of UPLC-MS/MS methodologies, which not only help in assessing multiple mycotoxins in a more accurate manner but also allow the analysis of a wide range of feedstuffs, including forages, which may not be possible with conventional methods such as ELISA and HPLC.”

To date more than 1,000 samples from all over the world, with Asia-Pacific being the predominant region with over 500 samples, have been subjected to the 37+ Programme. Ninety eight percent of the samples tested contained at least one mycotoxin while 93 percent contained two or more mycotoxins. Fumonisins (80 percent) and the DON group of mycotoxins (73 percent) were the predominant mycotoxin groups detected. When looking at the average concentrations, these two groups of mycotoxins along with T-2 group and zearalenone can cause the most toxicity in animals.

“We created the Alltech Mycotoxin Management Programme with the livestock producer in mind,” says Nick Adams, global sales director for the Alltech’s Mycotoxin management team. “Its aim is to create a complete and transparent view of daily operations on a working farm from the field to the feed mill to the feed bunks.”