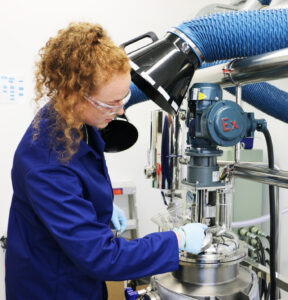 New Zealand-based deep-tech company, Ligar, and a Canadian-based engineering company, Maratek, have unveiled a cannabis purification system that could also be used to save wine tainted by wildfire smoke.

The launch follows an extensive research and development programme which includes numerous scientific breakthroughs, including the development of ‘smart’ MIP beads, which can be optimised to target and recover high-value molecules and remove contaminants in fluids across a wide range of food applications.

“We’re extremely proud to be bringing our MIP system to the cannabis extraction market in partnership with Maratek. This is an exciting milestone for the Ligar team as it’s the first of a series of research and commercial projects to be launched to the market. We’re also excited to launch our new brand ‘Mipillate – the evolution of distillate’, to describe extracts made by MIP systems – which we will develop as a distinct and unique product,” Ligar’s managing director Aiden Tapping says.

“We’re excited for the future as we have a highly versatile MIPs platform technology for capturing and removing molecules for a wide range of applications. Ligar is already gearing up to launch the next application of its technology which, for the first time, allows winemakers to effectively remediate wine tainted by wildfire smoke, specifically removing the smoke molecules while retaining the positive characteristics.”

Share. Twitter Facebook Google+ LinkedIn Email
Previous ArticleFUTURE FOOD – AGRIVOLTAICS – A HI-TECH AND FARMING MATCH MADE IN HEAVEN?
Next Article HONEY INDUSTRY LEADER PARTNERS UP TO SAVE THE BEES