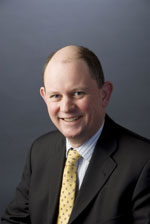 At the Ministry for Primary Industries (MPI) we take biosecurity very seriously, and we have been successfully protecting New Zealand’s pig industry against the Porcine Reproductive and Respiratory Syndrome (PRRS) for many years.

The decision we took last year to allow raw pig meat to be imported into New Zealand under strict conditions is one we have not taken lightly, and nor is it one that we believe places the New Zealand pig industry at risk, as claimed by NZ Pork in the last edition of FOODtechnology.

A little context is important to this debate. PRRS is a significant pig disease that emerged in the US in the late 1980s and then spread throughout much of the world, except New Zealand. MPI has long restricted the import of live pigs, pig semen and used farming equipment, as these are the principal ways PRRS is spread. We don’t want PRRS in New Zealand.

Debate about whether or not cuts of raw pig meat can carry PRRS has been long standing. For most of the 1990s New Zealand had no restrictions on importing pork from countries where PRRS was present. During this time tens of thousands of tonnes of pork were imported, and there were no controls on the disposal of either meat or waste. New Zealand didn’t get PRRS.

In 2001 – after unpublished research indicated PRRS might be spread by feeding carcasses of infected animals to healthy animals – MPI restricted pork imports to meat that had been cooked or cured, a process which kills the PRRS disease.

Since then, MPI has spent the best part of 10 years assessing all available science on PRRS and carrying out a comprehensive biosecurity risk assessment of raw pig meat before deciding whether to permit the resumption of imports.

That work has found the likelihood of the virus being introduced through the importation of uncooked pork is equivalent to an average of one outbreak per 1227 years – in other words very low.

The principal risk is that New Zealand pigs could eat uncooked imported pig meat, which is a most unlikely feeding practice among New Zealand pig farmers.

Our work showed that this risk can be effectively managed by limiting imports of uncooked pork to consumer-ready cuts that weigh no more than three kilograms and have had lymph nodes removed. The risk posed by these consumer-ready cuts of pork is negligible.

In addition to applying some tough standards at the border, MPI already has in place regulations in New Zealand that prohibit food waste which has come into contact with meat (cooked or uncooked) from being used as pig feed unless it has been heated to 100°C for one hour. These regulations will help further minimise any residual risk not addressed by the import standards.

In May this year the High Court upheld the MPI Director-General’s decision to issue the new import health standards. The judgment validated our decision-making process and confirmed our role as an independent, objective science and evidence-based regulator.

There are some that argue even though the risk of PRRS entering New Zealand through raw pork imports might be low, why should we take it at all? The answer is that trade is critical to our prosperity as a nation, and trade is two-way. In order to get our products in to overseas markets, we need to let products in to ours. MPI’s role is to balance the opportunity trade creates with the risks that it can pose as well.

In the case of pork imports, we have taken a cautious, considered, evidencebased decision with the best interests of New Zealand top of mind.