You are at:Home»All News»Export»Go live for RFID in our biggest industry
July 23, 2012 Export, Logistics 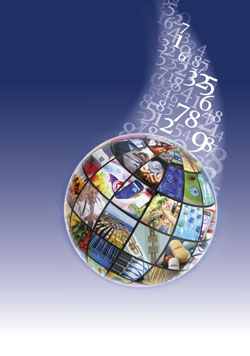 It’s a big month for RFID in New Zealand. The long-awaited NAIT (National Animal Identification and Tracing scheme) went live for cattle on 1st July, making it mandatory for these farmed animals to be RFID-tagged.

NAIT has had a long journey to implementation and there is still a way to go yet in future-proofing technology aspects of the scheme. But congratulations are due to the NAIT developers for the progress now achieved – and for their openness to ongoing development of the scheme, especially as it gets rolled out to deer and potentially sheep in time.

GS1 New Zealand and others have long advanced the case for NAIT to be based on EPC global Standards for the identification and tracing of animals and meat products: It’s no secret that we think ultra-high frequency (UHF) tagging and the EPC (Electronic Product Code) standards will better serve one of New Zealand’s biggest export-earning industries into the future. To their credit, NAIT is encouraging and supporting ongoing testing and development in this area so are open to the potential on offer.

The scheme has been eight years in the making, often with fierce debate over its design, control, introduction timeframe and ongoing cost to farmers. Most agree though, that New Zealand’s global reputation as a producer of high quality meat relies, increasingly, on us having robust electronic systems for tracking and tracing animals and thereby, rapidly responding to any biosecurity and/or food safety problems. Farmers are also starting to embrace the value of tracking individual animals (eg their health status and weight gain over time) in the quest for superior genetics and higher on-farm productivity.

This month is a major milestone as the developments will continue, most likely at a quicker pace than for much of the eight years! Cattle will be followed by deer next March when NAIT tagging and recording becomes mandatory for that species. Sheep are further out, with the timeframe not yet established.

Having crossed into the new era of farm-to-processor electronic traceability, the industry will probably be more ready to adopt newer, better technological solutions as they come along. Deer, and in time sheep, are more difficult tagging propositions than cattle because they move faster and can be harder to manage.

And UHF and EPC technologies may be much better when it comes to applying NAIT to these species – time will tell.

To support such technological development, GS1 and partners will do further trials with UHF and EPC in real-life farming and meat processing situations – and we will feed the results and insights on to the NAIT developers. The latter have certainly signaled their readiness to keep looking at better solutions as the industry moves forward. GS1 NZ will also work more with the EPC Information Services standard for database access and information sharing in the New Zealand context, given its big potential to support livestock and meat traceability in the future.

Of course, New Zealand does not only export meat: we produce many great foods and traceability through RFID is increasingly important across the board!

Seafood exporters are taking interest in RFID and are beginning to make good use of UHF and EPC Standards focusing on shipments of temperature sensitive produce using EPC RFID tags attached in order to obtain traceability outcomes. Trial data is becoming available with promising results.

Go live for RFID in our biggest industry