You are at:Home»All News»FLAVOUR OF WHISKY DETERMINED BY TERROIR
February 25, 2021 All News 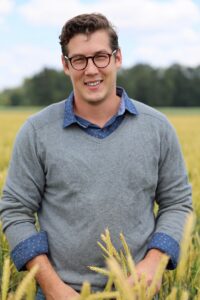 The environment, or terroir, of where the barley used to make whiskey is grown has been found to impact the beverage’s flavour.

“Terroir is increasingly being used to differentiate and market agricultural products, most commonly wine, as consumers grow more interested in the origins of their food,” says Dustin Herb, co-author of the study and a faculty member at Oregon State University.

“Understanding terroir is something that involves a lot of research, a lot of time and a lot of dedication. Our research shows that environmental conditions in which the barley is grown have a significant impact.”

The study was performed in Ireland using two common commercial varieties of barley – Olympus and Laureate. Two different environments were chosen – an inland site and a coastal site – selected for their different soil types, temperature ranges and rainfall levels during the barley growing season.

The crops of each barley variety at each site in each year (2017 and 2018) were harvested, stored, malted and distilled in a standardised way. Once distilled, the product is called “new make spirit” as it is not called whiskey until matured.

Gas chromatography mass spectrometry and a sensory panel were used to determine which compounds in the barley most contributed to the aroma of the new make spirit.

This analysis found that the environment in which the barley was grown had a greater contribution to the aroma of the whiskey than the variety of the barley – a clear indication of the impact terroir has on the new make spirit.

It was also discovered that the new make spirit had distinct differences in the aroma characteristics from the barley grown in each location.

“What this does is actually make the farmer and the producer come to the forefront of the product,” says Herb.

“It gets to the point where we might have more choices and it might provide an opportunity for a smaller brewer of a smaller distiller or a smaller baker to capitalise on their terroir, like we see in the wine industry.”