Stephanie Seege is on a crusade. Her date-sweetened chocolate range suitable for vegans, people with allergies, intolerances, religious requirements and diabetics has been blocked by EU law from being called chocolate… and she’s doing something about it.

kAAKAO is what most people would call heaven-sent. 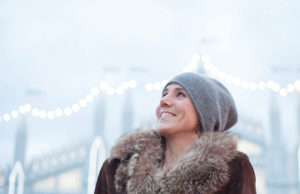 A chocolate that looks like chocolate, tastes like chocolate and melts in your mouth like chocolate but with only 25g of sugar per 100g, with a low glycemic index and as little naturally occurring sugar as in one medium-sized green apple… it makes eating indulgently almost good for you.

When frustrated Nordchocolate Oy founder Stephanie Seege – dogged by food intolerances her entire life – decided to make her own sweet products for restricted diets, she knew there was a way to make highly indulgent chocolate that tasted the same or better than what was already on the market – but free from traditional sugar, allergens and other ingredients. And that became the Finish food technologist’s downfall.

The new chocolate is made with cocoa, cocoa butter, coconut milk and dates. Those ingredients seem traditional, but the combination hasn’t been used in chocolate-making until now.

According to European legislators, the name ‘chocolate’ is by definition a combination of cocoa and added sugar. Whilst dates contain naturally occurring fructose and glucose, they are not considered sugar and therefore kAAKAO is not chocolate. Seege is outraged.

“An organic chocolate bar made with four premium ingredients that can’t be called chocolate?! It’s a great example of how confusing current food labelling laws are,” she says. “How are consumers supposed to understand what we make? We want to change that.”

So she decided to make kAAKAO a leading light in driving revisions to the EU laws, which presently constitute what she calls a challenging barrier to the market.

“The laws are also prohibitive to consumers’ demands for healthier choices,” she says. “Experts and factory owners said it was impossible to create a chocolate sweetened with dates. Years were spent developing the recipe and sourcing new ingredients. I’m not going to lie to you – people scoffed, they laughed, they told me it couldn’t be done, because no one had. It took some experimentation, some mixing and remixing of ingredients. Blending and re-blending until I got my confection to perfection.”

The code was finally cracked together with a Swiss partner, thus breaking tradition in the art of chocolate making and paving the way for a new ‘not-chocolate’ category.

The impossible turned possible – creating the same chocolatey taste and texture that people are used to, but without using any traditional sugar and by rethinking all the remaining ingredients as well.

UK-based Seege says it is vital to raise awareness around food labelling and to teach consumers how to decipher what they are about to eat or buy.

She will use her brand’s legal problems to showcase the issue.

“We are currently trying to create change with the help of media,” she says. “A while back, we tried changing our tax class, arguing that we shouldn’t be taxed as chocolate if we can’t call our product that. It wasn’t well received. Therefore, we are creating buzz around the ridiculous situation by getting people talking about it and raising awareness around food labelling laws. If people start understanding how confusing they are, we hopefully will push legislators to rethink the current laws.”