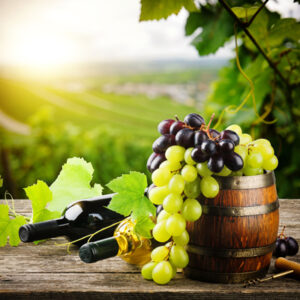 War and drink are the two things man is never too poor to buy.

William Faulkner famously said “War and drink are the two things man is never too poor to buy” and never has this rung truer than when witnessing the global beverage industry growth in a time of what can only be termed one of the most challenging economic periods the world has seen in over three decades.

The global beverage industry has forged ahead, innovating its way into the homes of consumers all over the world and nowhere has this trend been more apparent than in the Asia Pacific beverage industry. Spurred by growing economies and a population that accounts for over 20 per cent of the world’s economy it is no wonder that Asia Pacific is fast becoming the market to enter for global beverage giants.

The global beverage industry was evaluated at US$1.7 trillion in 2013 and expected to witness continued growth rates of three-four percent year on year. Key product categories include non-alcoholic beverages (coffee, tea, water, soft drinks, juices) and alcoholic beverages (beer, wine, spirits). The industry is primarily driven by increasing demand in emerging economies and new product innovation in developed economies. Historically Europe has accounted for the largest share of the beverage industry, however Asia Pacific spurred by India and China is fast emerging as the key market to enter and has witnessed increased growth rates to currently account for 28 percent in terms of beverage market share on par with that of Europe. As these geographic dynamic’s change there is increasing pressure on international manufacturers to invest in Asia – earlier considered only a raw material sourcing hub. Such a scenario has resulted in a scramble to enter the region as developed economies turn east to buoy their sagging fortunes. Today the beverage market around the world is truly a global market with huge local and international influences but nowhere is that more apparent than Asia.

Accounting for the major growth market in Asia Pacific, non-alcoholic beverages have been witnessing continued interest from the culturally sensitive Asian population where in many countries such as Indonesia and India consumption of alcoholic beverages are considered immoral. The Asia Pacific non-alcoholic beverage market accounts for over US$200 billion worth of sales and is growing at four-five percent year on year. This market consists of soft drinks, juices, RTD tea and coffee and bottled water. Product categories growth varies based on individual countries and on population demographics. Below is an example of key beverage markets by APAC nations.

China – the Chinese market for non-alcoholic beverages is estimated at approximately US$35 billion growing at 12-15 percent in 2013 and expected to become the world’s largest beverage market by 2018. The industry is witnessing a wave of consolidations such as the recent merger of Tingyi holdings with Pepsico International, making it the largest beverage manufacturer in China. Bottled water and carbonated beverage sales dominate the market though newer categories such as RTD teas and health drinks has been witnessing growth rates of up to 35 percent year on year since 2011 and are expected to emerge as key value growth markets.

Indonesia – the Indonesian non-alcoholic drinks industry is estimated at US$8.5 billion in 2013 growing at 10 percent. The market is witnessing increasing foreign direct investment into this profitable sector as non-alcoholic drinks market is practically negligible in Indonesia due to the large Muslim population. Key growth areas are bottled water (40 percent) and RTD Tea (16 percent). Indonesia accounts for one of the world’s most profitable and well established RTD tea production zones and the beverage is considered to be a staple product on any beverage manufactures product portfolio.

India – non-alcoholic beverages account for India’s third largest packaged food segment after packaged tea and biscuits. The market is currently estimated at around US$1.75 billion growing at 20 percent in 2013. Carbonated drinks account for the largest share at 30 percent. Other high growth categories are bottled water and fruit juices. The Indian fruit juice market in particular is the fastest growth market (22 percent) and estimated to be a key future demand driver for non-alcoholic drinks sales in India.

The Asia Pacific alcoholic beverage market accounts for the largest share by value of the total beverage market and is the fastest growing alcoholic beverage market in the world growing at four-five percent and accounting for over a fourth of overall global revenues. As economies in Asia emerge alcohol consumption is seen as a necessary social lubricant and a sign of affluence and aspirational living as key reason why alcohol consumption especially among urban youth is on the rise. Key product categories are beer, wine and spirits. While the latter’s global market has slowed most growth in this over US$55 billion dollar business is expected to come from China and India both of whom are large consumers of spirits. However unlike the west, the demand for spirits is extremely influenced by local tastes. For instance in Japan while Shochu is the key whiskey with over 50 percent market share. In India, an Indian made foreign liquor (whisky blended from molasses) dominates sales at over 40 percent, while in China local spirits account for over 80 percent of spirit sales. Below are examples of key Asian alcoholic drink growth markets.

Japan – the Japanese market for alcoholic beverages is the largest in Asia at US$90 billion in 2013 accounting for 35 percent of all Asian growth. However the market is continuously shrinking due to aging population and Japanese alcoholic beverage manufacturers are scrambling to invest in other nations such as China and India for future growth. Beer remains the largest market at almost 50 per cent of total sales though like the rest of the market sales are also shrinking.

China – the Chinese alcoholic drinks market has witnessed explosive growth over the past decade with sales increasing by over 200 percent since the early 2000s. The industry is currently evaluated at almost US$38 billion growing at 30 percent year on year. Wine is the major driver of this market and accounts for sales shares of over 40 per ent particularly red wine (accounting for over 98 percent of sales). Imports of wine in China have shown nearly 100 percent growth since 2009 driven by increasing affluence and economic growth. Other popular categories are Chinese liquors and whiskey. The Chinese market is expected to witness increased growth o alcoholic beverages as market demand continues.

The overall beverage industry in Asia Pacific will continue to be a global growth engine. Increasing urbanisation, disposable incomes and westernisation will continue to encourage Asian customers to show interest in these products. The market however is expected to become increasingly competitive with aggressive market strategies to gain and more importantly retain consumer loyalty. Increased M&A activity and industry first sourcing strategies (due to the regions complex logistical challenges) will be key characteristics of this industry in the future as manufacturers enter and establish themselves in this highly culturally complex market environment. Developed nations will look to enter this region to boost sales growth from  flagging in western markets and the phrase “drink to your success” will never ring more true than in the Asia Pacific beverage industry over the next five years as manufacturers aim to secure themselves a portion of this very profitable market.